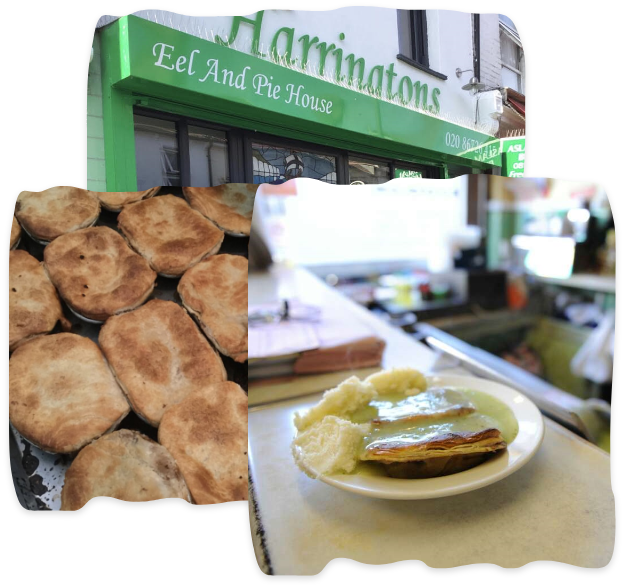 Harrington’s have been serving traditional Pie, Mash and Liquor across generations in and around the London area for over 100 YEARS and are one of the favourite makers.

This is the first time we have been able to offer this delicious cult dish delivered to your door to all Pie and Mash lovers in the UK.

Place your order online on one of our delivery dates and have delivered to your door chilled the very next day.

Number 3 Selkirk Road Tooting became Harrington’s Pie & Mash shop in the spring of 1908 when it was bought by Bertie John Harrington and his wife Clara. With two small children in tow, Bertrum and George, 26 year old Bertie Harrington moved from Limehouse and set-up shop down south, serving pie and mash to the SW17 community for the next 31 years until his death at 57 in 1939.

At the time of his arrival in Tooting, industrial air pollution tended to be worse in the east and south of the city due to the prevailing westerly wind, this naturally contributed to the reason why these parts of the city were settled by the working classes, while the west was home to the affluent minority. The working class favoured foodstuffs that were cheap, in plentiful supply, and easy to prepare.

The good old fashioned savoury pie has long been a traditional food, and its small hand-sized form also made it a transportable meal, protected from dirt by its cold pastry crust. European eels baked in a pastry crust became a common worker’s meal since eels were one of the few forms of fish that could survive in the heavily polluted river Thames and London’s other rivers at that time. Supply was plentiful through to the late 1800s, particularly from the Dutch fishing boats landing catches at Billingsgate fish market. Adding cheap mashed potatoes made it a plate-based sit-down meal, and a sauce made of the water used to cook the eels, coloured and flavoured by parsley – the liquor – made the whole dish something very special.

After Bertie’s death Clara Harrington continued to run the shop through the Second World War and well in to the late fifties when it was then taken over by her third child Victor – born at the shop in 1910 – and his wife Doris. After Victor’s death in ’68 Doris, despite some protest, hung on the shop until the introduction of VAT in 1979 when she then passed the shop on to her nephew Victor (another Victor!) – Son of Marjorie, Clara and Bertie’s last child.

Victor and his wife Gloria ran shop well into the 21st Century, until Victor’s death in 2007, followed by the untimely passing of the much loved Gloria who passed away in 2012. Beverley the daughter of Victor and Gloria continues to run the shop today.

Bev has spoken to me about the days of live eels kept on racks in the basement, and how as a child, she would sometimes bring one home and play with it until she’d get bored and throw it into the stream at the bottom of the garden. The days when the upstairs room still complete with marble counters used to be packed on a Saturday and the dumb waiter was an essential part of service. She has spoken about the generations of families she has seen come and go, including her own, and her personal up downs that the Harrington’s walls have borne witness to over the years. There is too much to write here.

Harrington’s continues to serve pie and mash to the Tooting population some 112 years on and still does a roaring trade today. The queues down the road on Saturday always turn a few heads.

Any cookies that may not be particularly necessary for the website to function and is used specifically to collect user personal data via analytics, ads, other embedded contents are termed as non-necessary cookies. It is mandatory to procure user consent prior to running these cookies on your website. 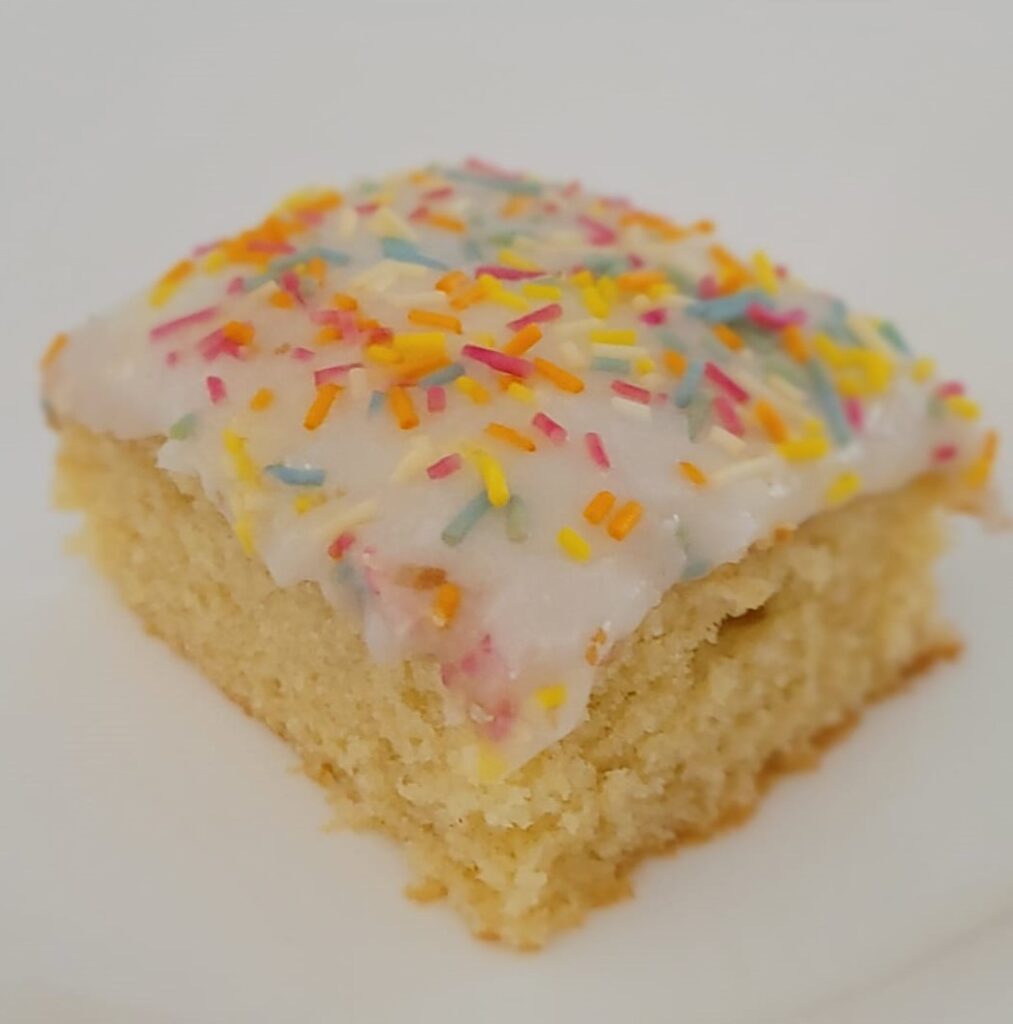